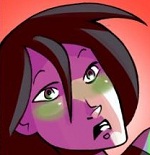 Eoraptor wrote:oh please, that wasn't "Stand your ground;" that was "rambo neighborhood watch guy ignores orders from 911 operator and/or cop and kills a kid for walking through his neighborhood" You know, I ~might~ be able to understand that one if he were walking through a shittly slumhole... but it was a high end suburb.

I need to do some research on that; I happened to only catch the media blitz about a month or two ago and it severely skewed my opinion in favor of the shooter. When the only pictures they show of the victim are eight or nine years old, there's a reason, and the whole thing was done intentionally to rally sympathy and support for the victim. Seemed really fishy to me. 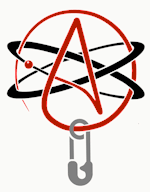 Eoraptor
Pillar of the Haven
Posts: 26590
Joined: Sat Apr 19, 2008 1:50 pm
Beta?: Maybe, but I go for the throat
Gender: Male
Email Address: you can have my email address when you pry it from my cold, lifeless fingers!!!
Location: Sector ZZ9pZa
Contact:
Contact Eoraptor
ICQ Website WLM Yahoo Messenger
AOL

Yeah, if you listen to the 911 tapes, you heard the 911 operator (a sheriff's deputy) ask him "are you in a car?" yes "Are you following him" yes "We don't need you to do that sir, stay in your car, and leave the area, police are on the way." It went on like this till he hung up the phone to get out of his car and confront the kid.

Sorry, but in my opinion, when you're safe in a car, and a 19 year old mostly-kid is on foot, and your told by officials to leave the area and instead decide to go and start some shit with your gun, it's not "stand you're ground," it's homicide. which is why I have such trouble figuring out why anyone thinks this is even an issue, except that he's got the backing of big media conservative fear-spreading groups.

and of course now his dumb ass is back in prison for lying to judges and his own lawyers about how much money he had access to.
"Some people can read War and Peace and come away thinking it's a simple adventure story, while others can read the back of a chewing gum wrapper and unlock the secrets of the universe!"
-Lex Luthor 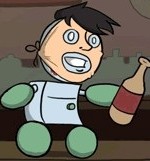 Benzie, it worse than fishy - it was shitty, biased reporting aimed at inflaming race relations in the country. If you'd only watched MSNBC, you'd have thought George Zimmerman picked a 7-year-old black kid at random, and shot him down screaming "Die nigger die!"

Eo, you misunderstand me. I said Stand Your Ground is about to be tested. Mainly because the big media disarmament weenies are touting this as a reason why only the government should have guns. These guys hate the idea that citizens should be armed, and will take any opportunity they can to attack the good ol' 2nd Amendment. The Zimmerman case may or may not have been an exercise of the law - either way, gun control advocates are making copious use of this shooting in their campaign.

As far as the specifics of the Martin/Zimmerman case, not enough evidence has been released to know the whole story. It's pretty clear that Martin was in the process of punching Zimmerman in the face when he was shot. What we don't know is why. And we may never know, eye-witness accounts being the worst source of evidence evar. So far Zimmerman is the only man alive who saw what happened right before the fight started, and whatever happened, I'm not willing to just take his word for it.
_

Yeah, they just use knives in the UK...

Chad Perrin wrote: In or about 2006, there were about 60 million (actually closer to 58M, but we'll use the rounded-up number to be kind to hopolophobes) people in the UK as a whole, including Scotland.

In England and Wales alone — discounting Scotland — there were over 163 thousand knife crimes.

In the US as a whole, there were fewer than 400 thousand gun crimes.

In the UK, based on these numbers, there was one knife crime commited for every 374 people (rounded down).

Users browsing this forum: No registered users and 4 guests